Jennifer Geddes-McAlister started her appointment as Assistant Professor in the Department of Molecular and Cellular Biology at the University of Guelph in July 2018. Her research program focuses on defining the intricate relationships between host and pathogen during infection using state-of-the-art mass spectrometry-based proteomics from a systems perspective. She is an expert in quantitative proteomics to define host and pathogen proteins critical for infection and uncover new strategies to overcome resistance in both medically- and agriculturally-relevant diseases.  Since beginning her independent position, she has published over 40 papers, raised over $5 M in funding through grants, awards, and industry contracts, and manages a group of over 30 trainees. Previously, she completed her PhD at the University of British Columbia under the mentorship of Dr. Jim Kronstad in fungal pathogenesis, followed by a post-doctoral fellowship funded by the Alexander von Humboldt Foundation and NSERC at the Max Planck Institute of Biochemistry under the guidance of Prof. Dr. Matthias Mann. Within the Consortium, Dr. Geddes-McAlister focuses on respiratory diseases derived from bacterial and fungal pathogens by exploring temporal and spatial regulation of pathogenesis and the host immune response to uncover opportunities for perturbation of the critical interactions between the biological systems driving infection as novel treatment strategies. 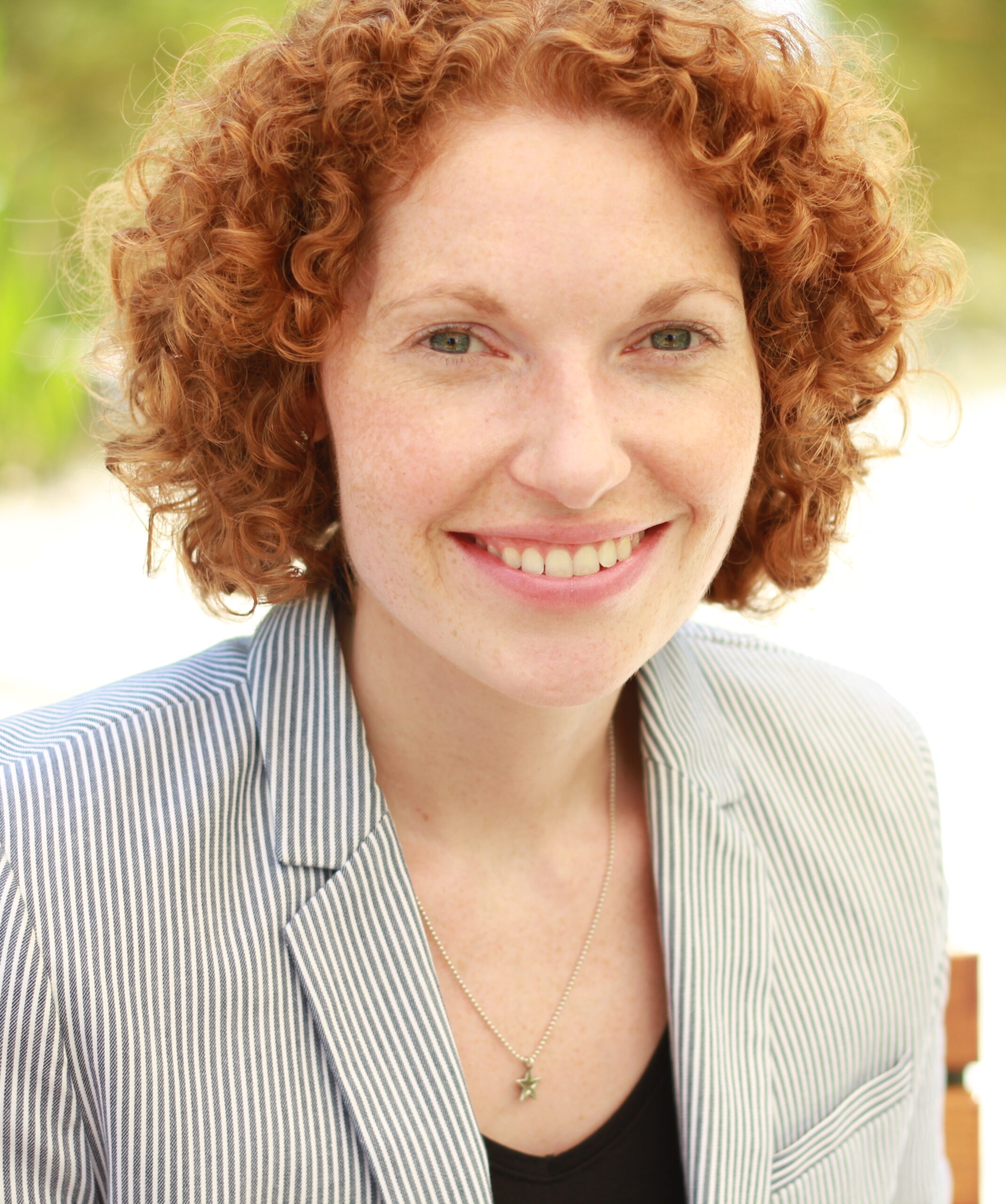 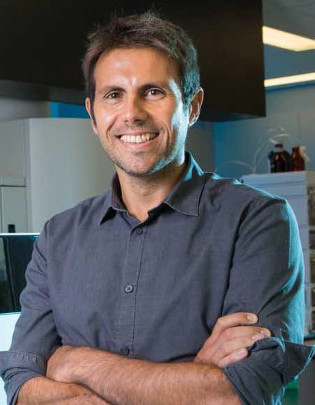 Arnaud Droit is a full professor of bioinformatics in the Faculty of Medicine of Université Laval and a researcher at the CHU de Québec-Université Laval Research Center, where he heads the bioinformatics and proteomics platforms. He is also vice-president of the Canadian National Proteomics Network (www.cnpn.ca) and member of the board of directors of the Center de Big Data Research of Université Laval (http://crdm.ulaval.ca). Holder of a master’s degree in bioinformatics from Paul Sabatier University – Toulouse III (France) and a doctorate from Laval University, he is an expert in the development of bioinformatics, statistics and artificial intelligence approaches to extract information allowing the understanding of biological mechanisms from ‘omics’ type data sets. His research team has participated in the development of numerous tools for the analysis, management and visualization of genomics and proteomics data. It is particularly renowned for the development of several widely used ‘packages’ on the R / Bioconductor statistical platform as well as for the development of new artificial intelligence tools through machine learning and deep learning. For the past ten years, Arnaud Droit has been involved in numerous projects affecting all areas of biology, in particular breast and prostate cancer, the study of the skin microbiome, the development of new methods of detecting bacterial infections by proteomics and machine learning, as well as the search for early biomarkers of aortic stenosis or preeclampsia by artificial intelligence. In addition, he recently received the Étoile Effervescence award from Montréal InVivo, recognizing the excellence of its research program and its many fruitful partnerships with private industries. Since 2016, he holds the L’Oréal Research and Innovation Chair in digital biology, constituting a center of excellence for the

Hannes Röst is an Assistant Professor at the Donnelly Centre at the University of Toronto, the Canada Research Chair in Computational Mass Spectrometry and Personalized Medicine, Co-Director of the Donnelly Mass Spectrometry Facility and is a dual-appointed Assistant Professor at the University of Toronto in the Department of Molecular Genetics (Faculty of Medicine) and the Department of Computer Science (Faculty of Arts & Science). He is an emerging leader in the field of personalized medicine and has already developed widely used computational methods for proteomics.
He has co-developed SWATH-MS, a novel mass spectrometric technique capable of increasing the throughput of targeted proteomics by orders of magnitude and investigated pre-diabetes as a molecular disease using a multi-omics approach. During his PhD in the laboratory of Ruedi Aebersold, co-developed SWATH-MS and invented the OpenSWATH algorithm (published in Nature Biotechnology), the first software for targeted analysis of DIA data, which matched the quantitative performance of previous targeted methods, while increasing throughput one to two orders of magnitude. During his postdoctoral work at Stanford in the laboratory of Mike Snyder, Dr. Röst successfully applied mass spectrometry to profile proteins and metabolites using longitudinal, personalized medicine studies to understand population variation and disease progression. He developed the TRIC algorithm (published in Nature Methods), the first cross-run alignment algorithm for targeted proteomics data, which solved the problem of chromatographic retention time shifts in targeted proteomics, at the time preventing experiments to scale to more than a few dozen runs. Dr. Röst has developed statistical approaches for multi-omics data in personalized medicine based on mixed effect linear models to statistically remove the personalized baseline level for each analyte and compute perturbation-induced changes. This allowed detailed study of the ongoing molecular changes in a longitudinal pre-diabetes cohort and substantially reduced bias compared to a simple groupwise comparison (published in Cell Systems with Dr. Röst sharing first authorship).
Since arriving in Toronto, Dr. Röst has built up an impressive research program focused on the development of computational and statistical methods in mass spectrometry with strong applications in personalized medicine and systems biology. His development of novel mass spectrometric techniques have led to the inclusion of ion mobility in the SWATH-MS method and he has spearheaded the research to apply SWATH-MS to metabolomics. At the same time, he has used mass spectrometry and machine learning methods to investigate the molecular origins of type II diabetes in general and in the context of pregnancy and gestational diabetes in particular.
Dr. Röst has published over 40 peer-reviewed papers (over 10 as first author in journals such as Nature Biotechnology, Nature Methods, Cell Systems and Bioinformatics) which have been cited in total over 5500 times. The SWATH-MS method that he co-developed has been widely adopted in the field and now multiple other MS vendors (Thermo Fisher, Waters, Bruker) are offering the method on their instruments. He has already received major research grants from CFI, Genome Canada, CIHR and the University of Toronto. He is a frequent invited speaker at major international conferences in the field (Dagstuhl (Germany), ASMS (US), HUPO (international), EuBIC (international), US-HUPO (US) and CNPN (Canada)). For his work, Dr. Röst has received the 2018 US HUPO “Gilbert S. Omenn Computational Proteomics Award” for achievements in computational proteomics. 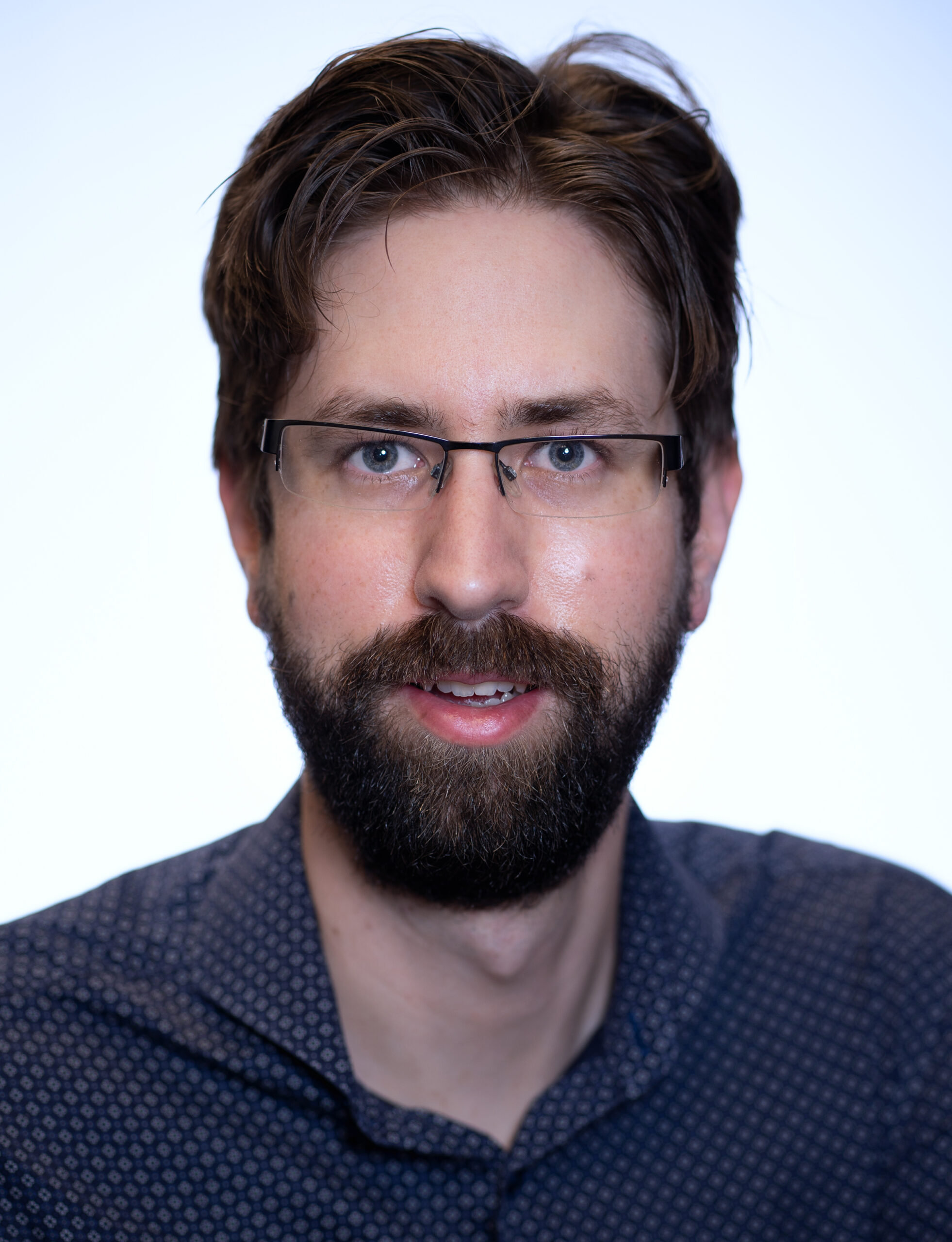 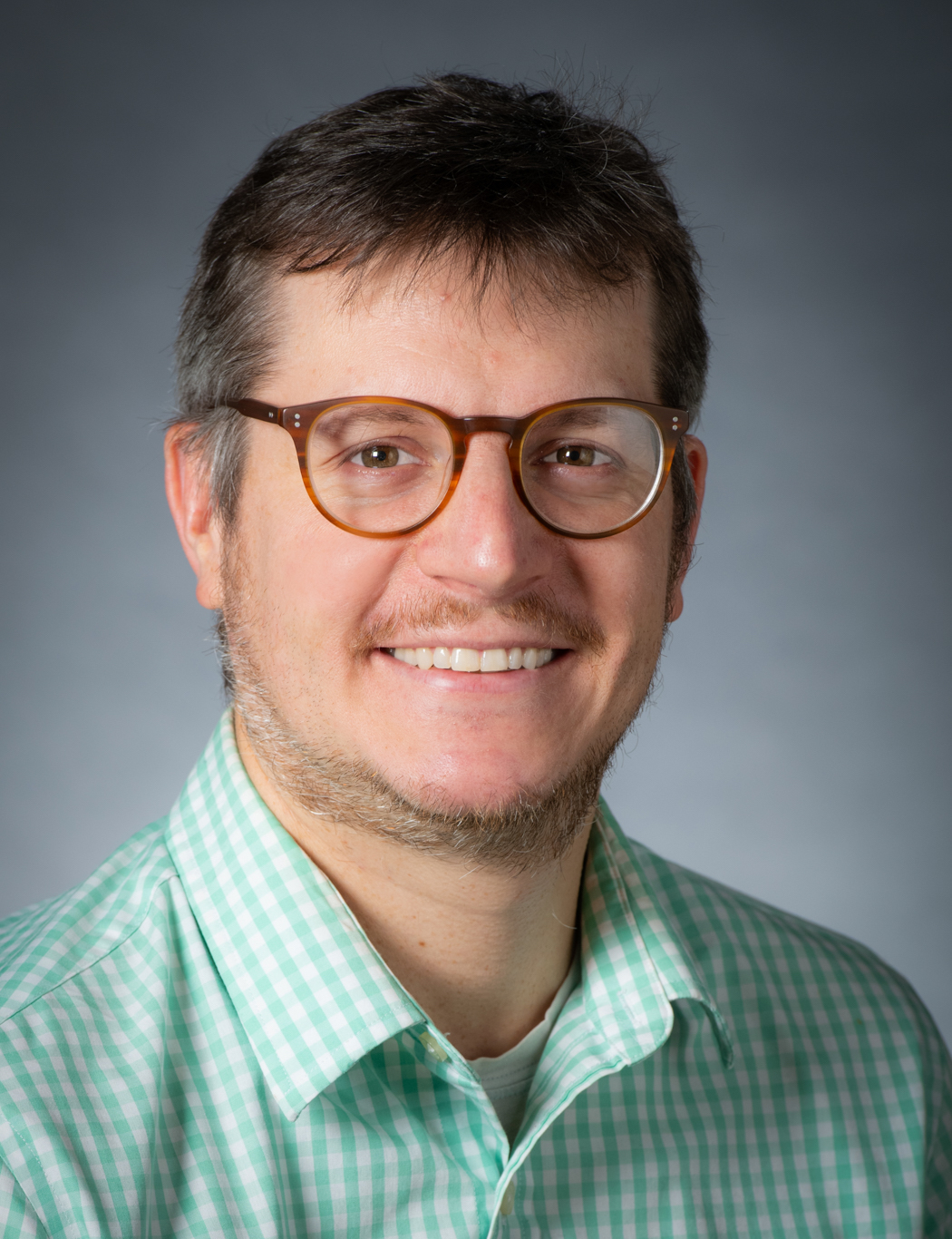 The focus of my research program at UPEI is to develop and apply proteomics methods to determine bioactive functions of endogenous metabolites such as those we observe in cancer and immune cells. Ultimately these bioactive metabolites have the potential to be used as probes for linking metabolites to protein function and ultimately to disease phenotypes. Trained in Steve Gygi’s laboratory at Harvard, my expertise involves the advancement of isobaric tagging for proteomic, metabolomic, and immunopeptidomic analyses and my work has have contributed to a better understanding cancer metabolism and immune cell biology.

Marlene Oeffinger is an Associated Research Professor at the Institut de recherches cliniques de Montréal (IRCM) and Professeure-chercheure agrégée at the département de biochimie et médecine moléculaire, Université de Montréal. She carried out her undergraduate degree in Biology and Master’s at the University of Vienna, Austria, before obtaining her PhD  in Molecular Biology from the University of Edinburgh. In December 2009, after working as post-doctoral research in Mike Rout’s lab at Rockefeller University, she established her own lab in RNP biochemistry at the IRCM. Her team combines proteomic, RNomic, biochemical and computational approaches to study the regulation and dynamics of RNA maturation pathways with a focus on arising heterogeneity of different RNP complexes, subsequent functional plasticity and its impact on pathologies such as neurodegenerative diseases. 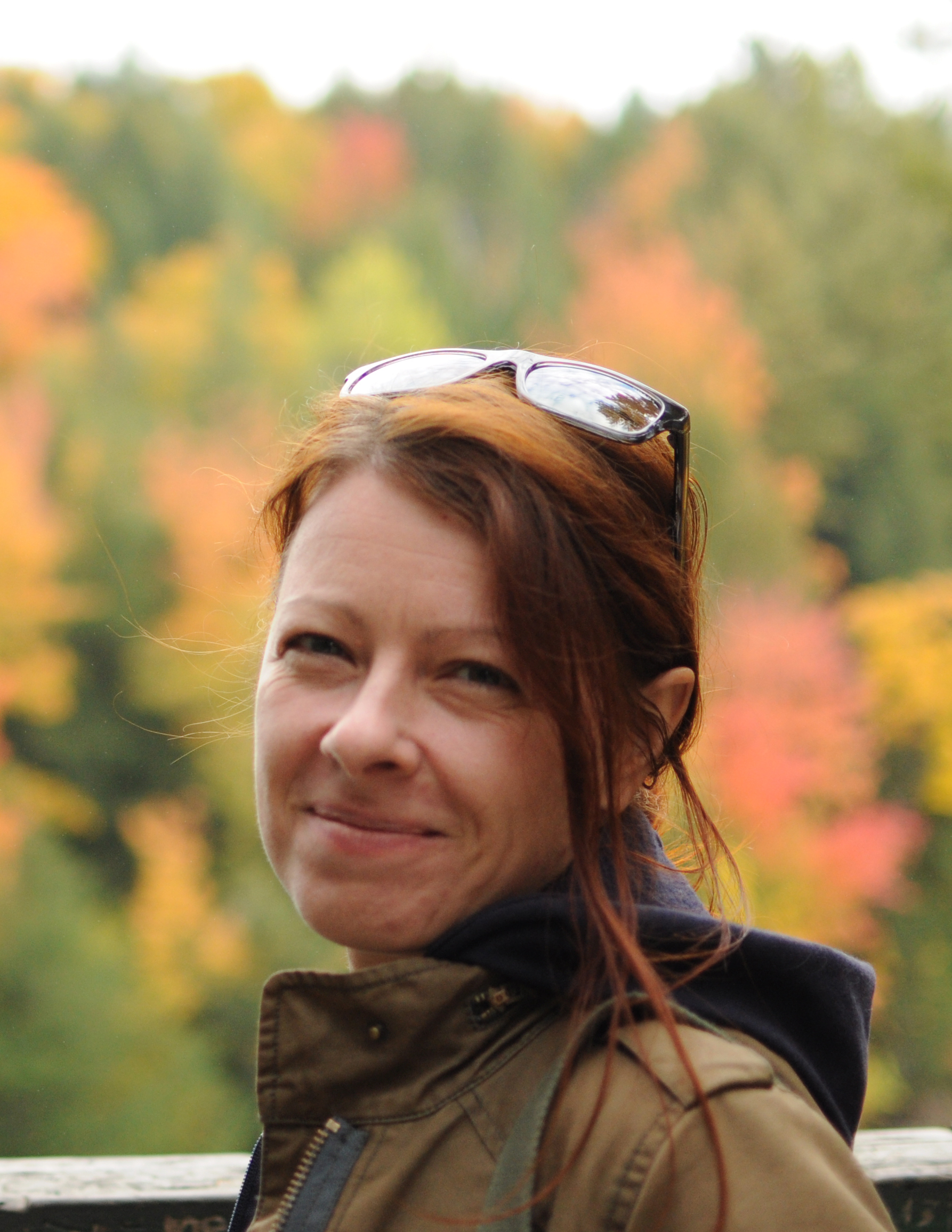 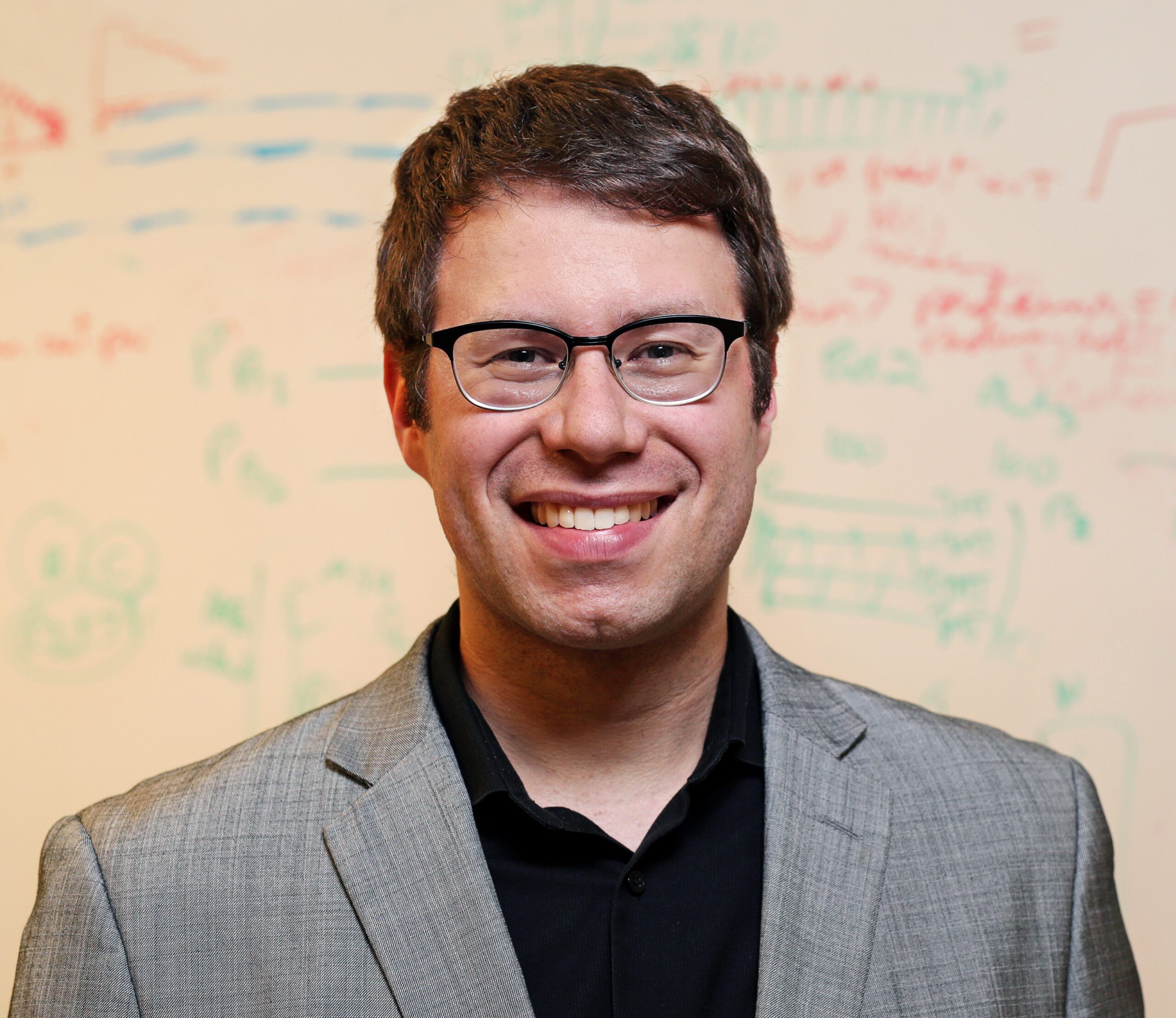 Mathieu Lavallée-Adam is an Assistant Professor at the University of Ottawa in the Department of Biochemistry, Microbiology and Immunology and is affiliated to the Ottawa Institute of Systems Biology. He obtained a B.Sc. in Computer Science and a Ph.D. in Computer Science, Bioinformatics option, from McGill University. He then performed his postdoctoral research at The Scripps Research Institute. His research focuses on the development of statistical and machine learning algorithms for the analysis of mass spectrometry-based proteomics data and protein-protein interaction networks. He also designs computational methods mining proteomics datasets for biological information through their integration with genomics data. Dr. Lavallée-Adam is a recipient of the John Charles Polanyi Prize in Chemistry, recognizing the impact of his bioinformatics algorithms on the mass spectrometry community. One of his publications was also recognized as the 2018 Highlight of the Year by an early career researcher at the Human Proteome Organization World Congress. He was recently elected on the HUPO Executive Committee and is also Co-Chair of the HUPO Early Career Researcher Initiative, in which he organizes training activities for early career researchers in proteomics and events highlighting their research on the international stage.

Florence Roux-Dalvai is research associate and project manager in the proteomics and bioinformatics laboratory of Dr. Arnaud Droit at the CHU de Québec – Université Laval. Holder of a master’s degree in Biological and Chemical Analytics from the Université Louis Pasteur in Strasbourg (France), she developed her skills in proteomics and mass spectrometry under the supervision of Dr. Jérôme Garin at the Commissariat à l’Énergie Atomique (CEA) of Grenoble, France. She then spent four years at the Novartis Friedrich Miescher Institute for Biomedical Research (Basel, Switzerland) studying ErbB receptor signaling pathways in breast cancer using proteomic analysis strategies. In 2007, she joined the team of Dr. Bernard Monsarrat at the CNRS in Toulouse, France, where she was able to participate in the development of new proteomic analysis methods on the latest generation instruments within the framework of numerous collaborations. Since 2014, at the CHU de Québec – Université Laval, she coordinates the development of new methods for detecting microorganisms in biological fluids and for the large-scale profiling of clinical samples by combining the most recent analytical strategies in proteomics (Data Independent Acquisition analyses) and in bioinformatics (Machine Learning). 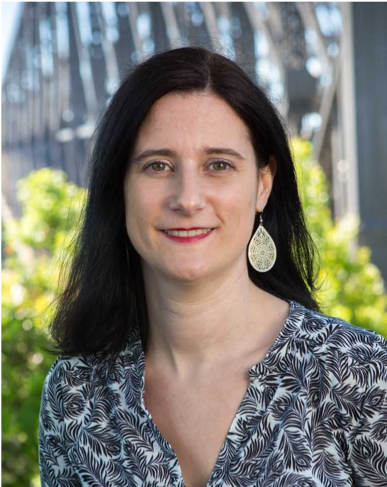